For this week’s #throwbackthursday post we have a dynamic ‘action shot’ from a 1964 DYC women’s basketball game. The official title is “1964 the Rosary Hill Game with Dottie Cirelli after the ball”. Happy Thursday! 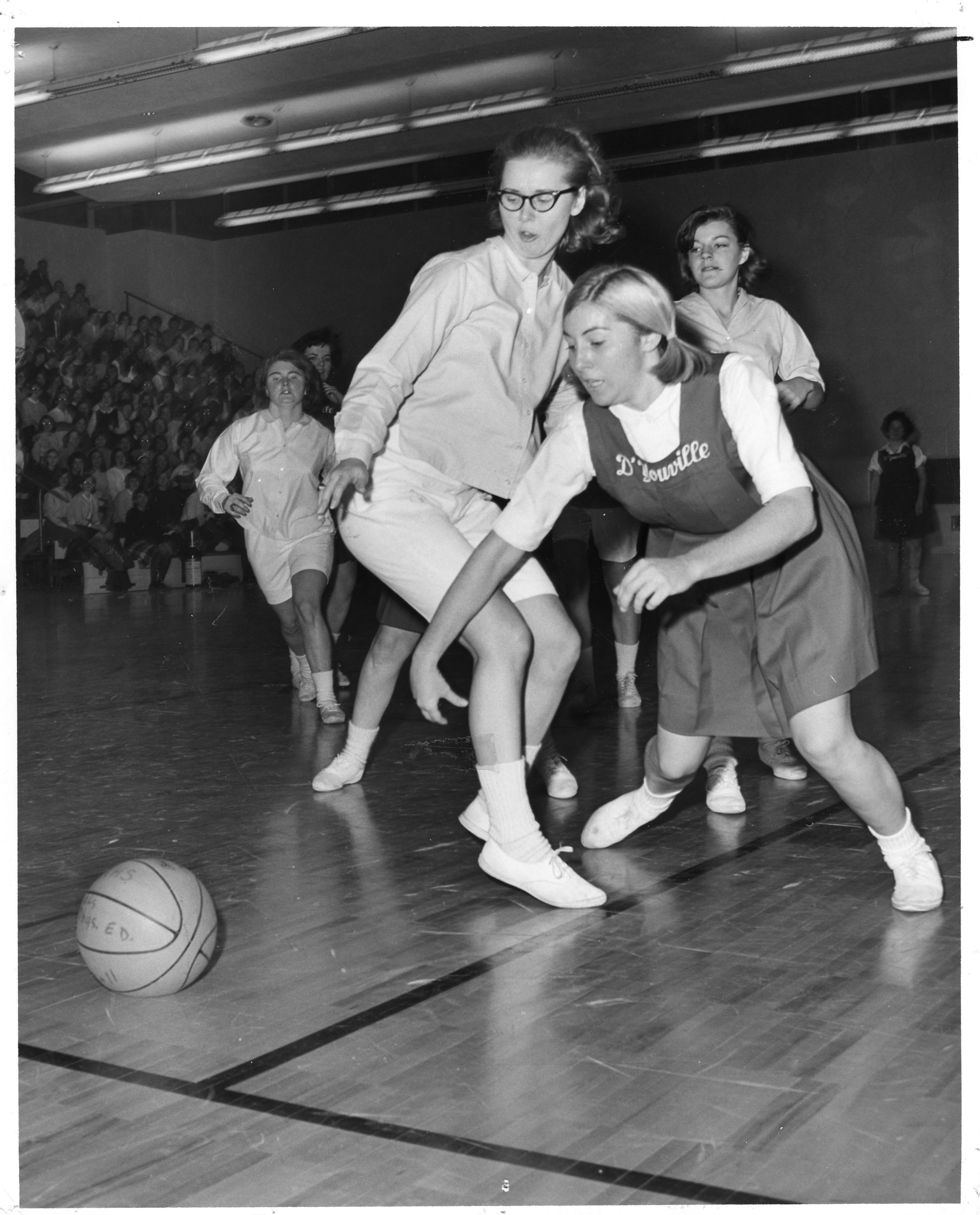 Welcome back D’Youville Students! To celebrate the start of a new semester here is a photo of D’Youville students returning to school in 1953. 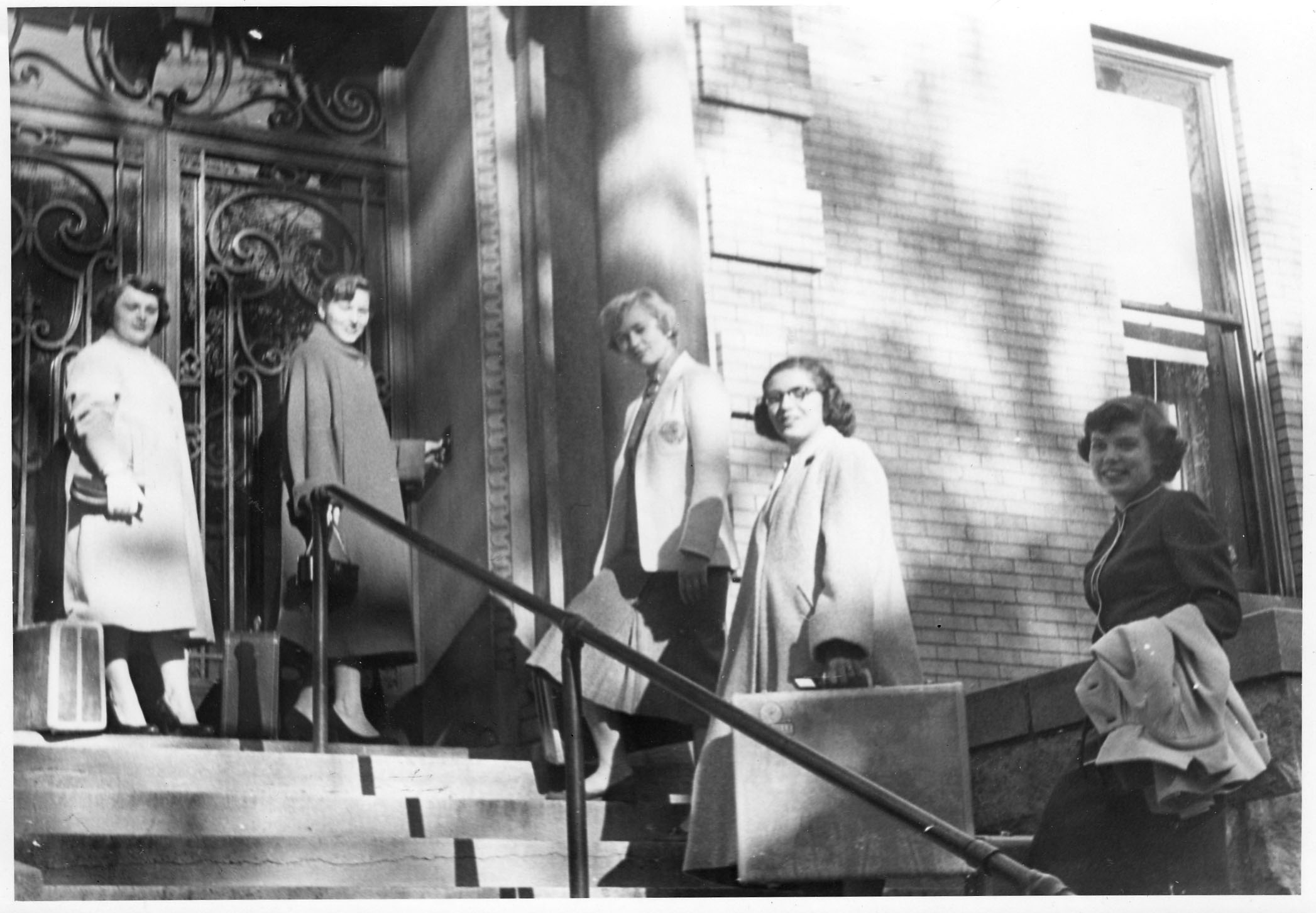 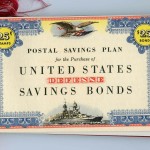 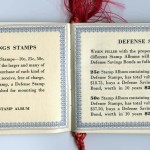 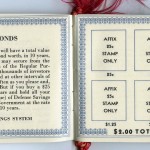 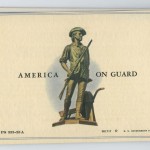 While I was in the process of organizing the collection of DYC dance cards, I came across something I had never seen before. On the second page of the 1941 Junior Prom dance booklet was a brightly colored page with the words “United States Defense Savings Bonds”, what I quickly learnt is that they are more generically known as “War Bonds”. I did some research and discovered that War Bonds were a way for civilians to race capital so as to finance the military during war, in this case WWII. The particular bonds found in the dance card were Postal Savings Plans Bonds. Essentially people that found it difficult to purchase a bond outright would buy ¢10 savings stamps to add to their book. Once the booklet had been filled they would have enough stamps to purchase a bond. You can read a lot more about War Bonds in this wikipedia article.

Below is a video clip of FDR encouraging the American public to purchase these bonds for the good of the nation.

This week’s #tbt photo: DYC students laughing and/or yelling (?)…at least we can tell they are having a good time! 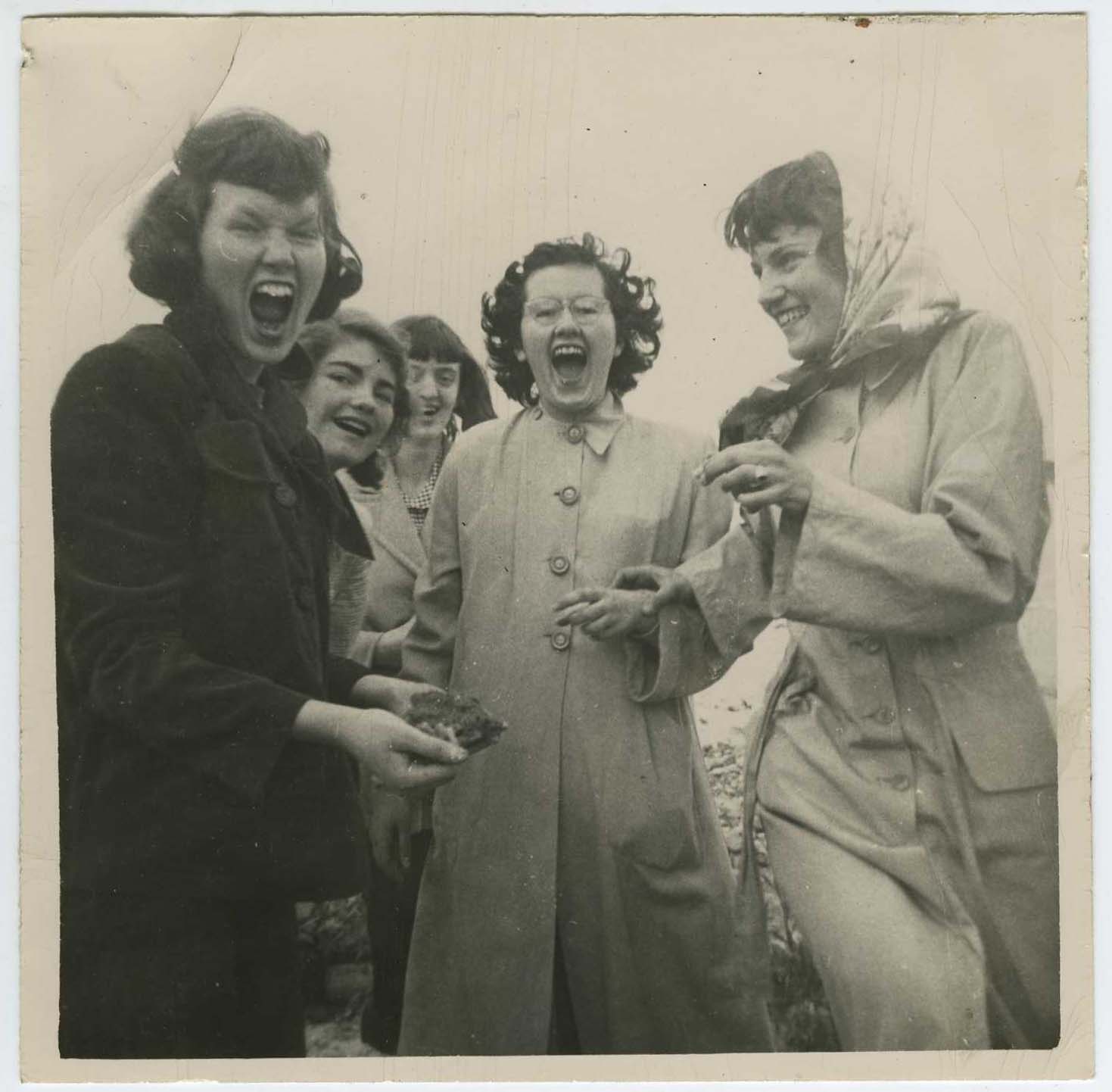 It’s throwback Thursday here at the DYC Archives! And man do we have a lot of old pictures to show you… 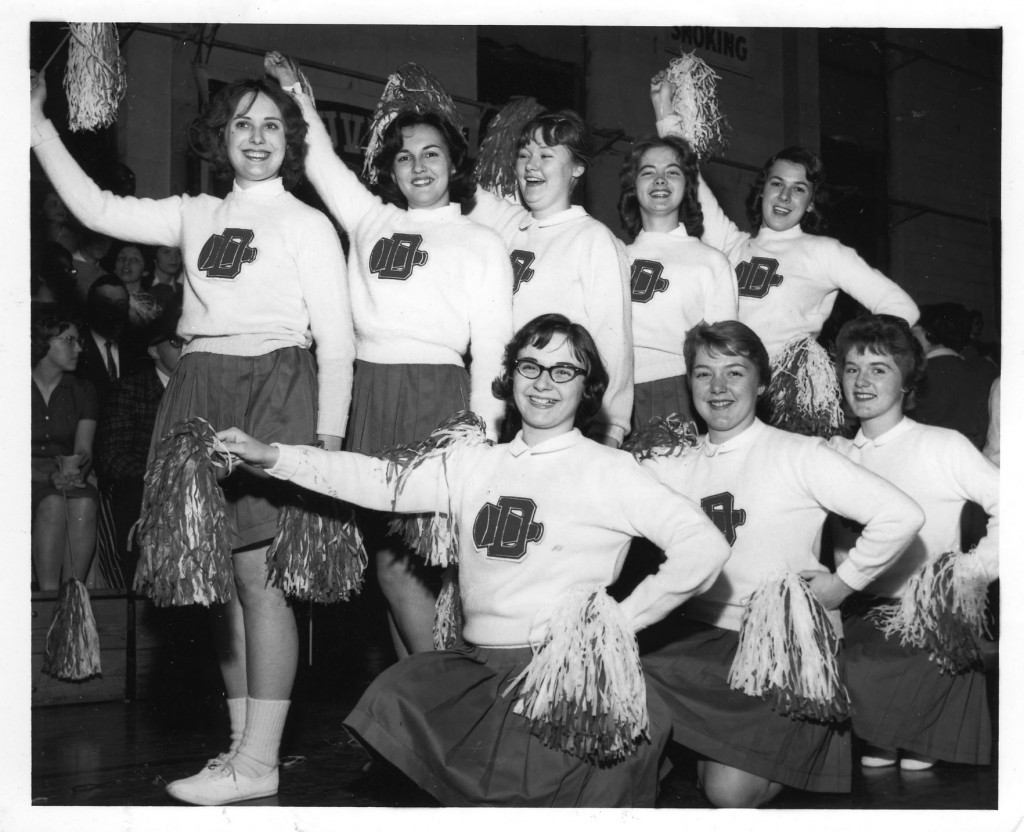 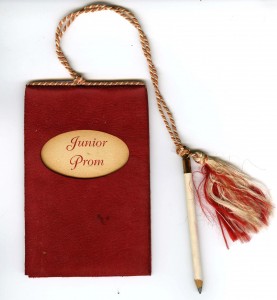 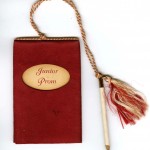 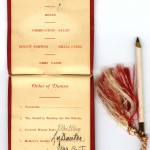 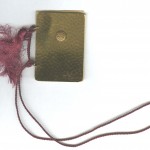 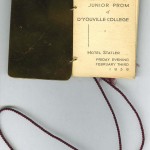 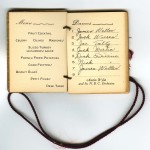 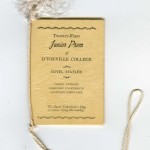 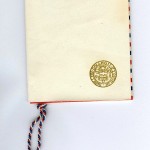 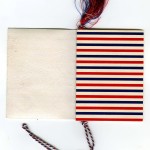 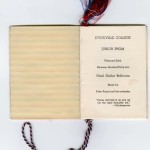 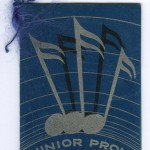 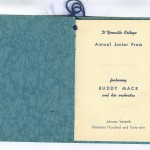 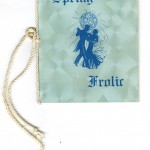 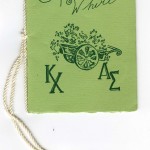 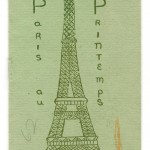 Dance cards are small, decorative, booklets that were used in the 19th and early 20th century for a young woman to record the names of the gentlemen she would dance with at a formal ball. Each song played would have a space for the woman to write down the name of the man she would dance with for that song. Dance cards are believed to have become popular in the 19th century in Vienna during large balls. The cards were designed to hang from the wrist or dress of the young woman, using a cord attached the card. Often the cards would also have a pencil attached so as to make adding names more convenient.

D’Youville has a wonderful collection of dance cards that range from as early as 1912, all the way into the 50’s. Although many of the cards are made out of paper, a few have velvet and even hammered metal covers. The dance cards give us a view into what student life was like early in the college’s history.

*The images above are a small sample of the Dance Card Collection. Stop by the college archives on the 3rd floor the the Montante Family Library to view the entire collection.