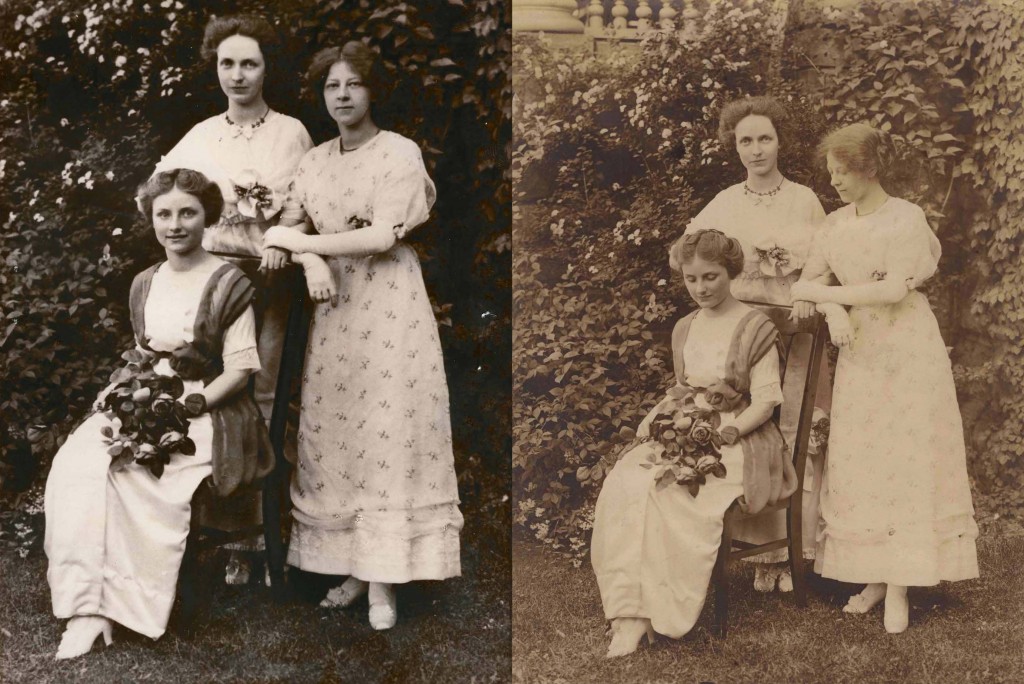 100 years ago, Pauline Garnett, Mary Brennan, and Elizabeth Gosselin became the first graduates of D’Youville College.  The event was held in the College Auditorium (now the Kavinoky) and was reported by Nanette Lancaster (class of 1913) in the D’Youville Magazine*:

Cardinal Farley presented the diplomas to the graduates, after which Bishop Colton placed upon each one the hood significant of the degree she received.  Those who had completed the course prescribed by the institution and were entitled to the degree of Bachelor of Arts were Miss Mary Brennan of Medina, NY, who received special honours in Latin, English and Pedagogy; Miss Pauline Garnett of Buffalo, who received her degree with special honours in History, English and Pedagogy; and Miss Elizabeth Gosselin of Redford, NY, with special honours in French and Pedagogy.  Miss Helena Sheehan of Buffalo, BA of Trinity College, 1911, who took a post-graduate course at D’Youville in English and Aesthetics, received the degree of Master of Arts.  Miss Elizabeth Cronyn, of Buffalo, because of her distinguished accomplishments in music, her splendid and successful efforts to elevate musical taste in Buffalo, and to establish high ideals of artistic musical performance, also because of her beautiful, Christian womanliness, received the degree of Doctor of Music. 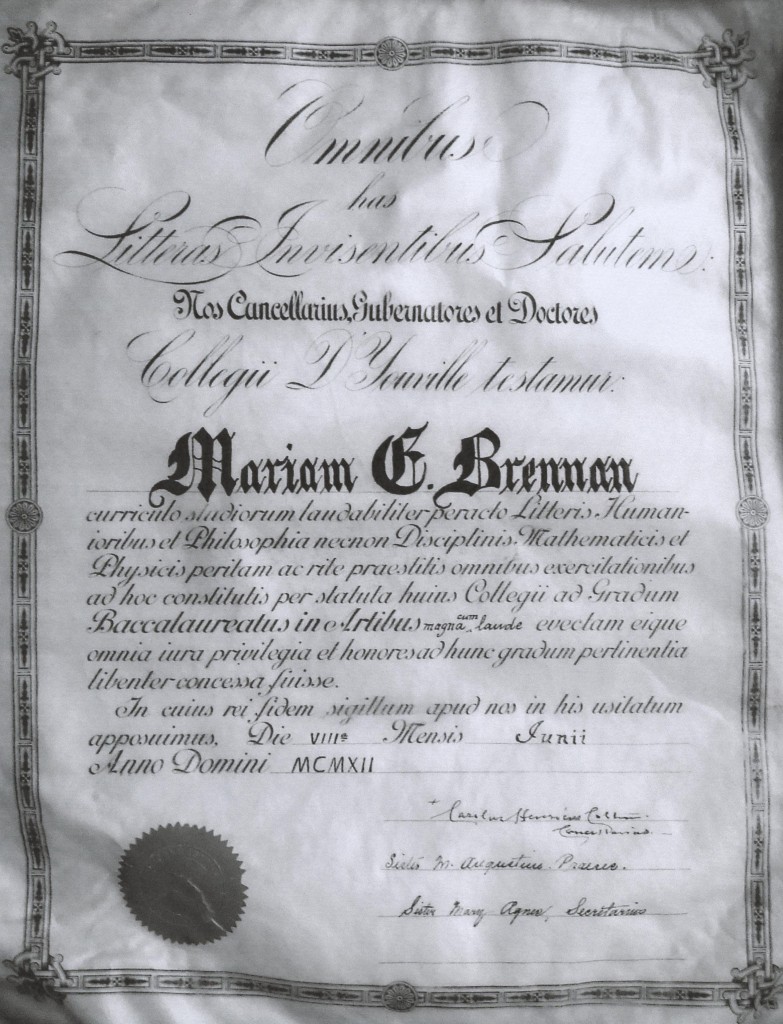 This year’s graduation ceremony will be held at Kleinhan’s Music Hall, Saturday, May 19 at 9:00 am.  More information on tickets, graduation events and festivities can be found here.