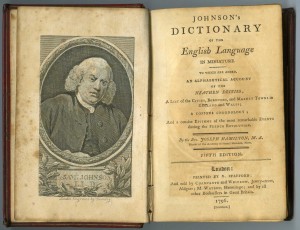 A Dictionary of the English Language was published by Samuel Johnson in 1755.  Johnson’s Dictionary, as it is also known, was the preeminent English dictionary for some 173 years until the Oxford English Dictionary was published.  The work took some 9 years to produce, and established a standard for creating and presenting entries.  The D’Youville College Archives holds a miniature edition from 1796, Johnson’s Dictionary of the English Language in Miniature to which are added, an alphabetical account of the heathen deities; a list of the cities, boroughs, and market towns in England and Wales; a copious chronology; and a concise Epitome of the most remarkable Events during the French Revolution.  In the introduction, editor Joseph Hamilton wrote:

Anxious to please, as well as instruct, the Editor has procured a Type of unequalled Symmetry and Beauty; the Paper is of the finest Quality and Texture, and the typographical Execution unrivalled. 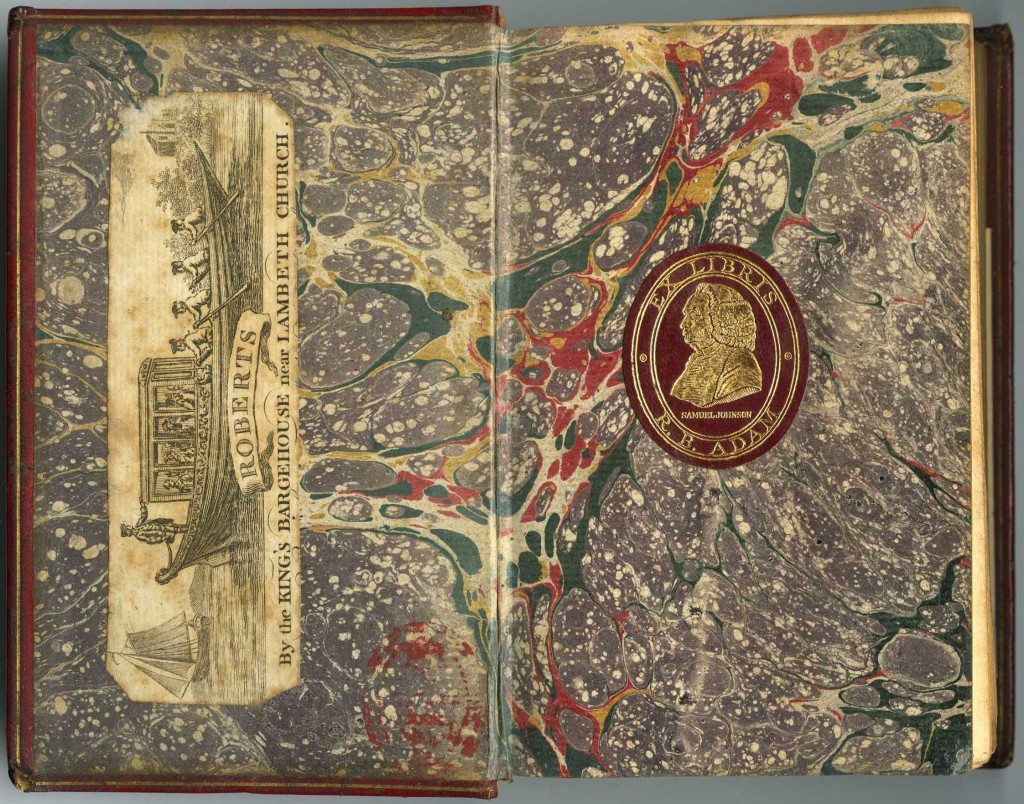 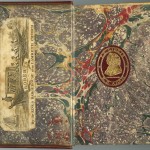 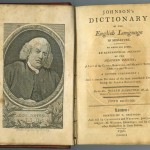 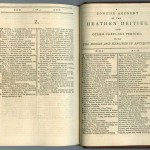 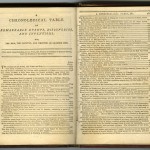 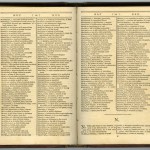