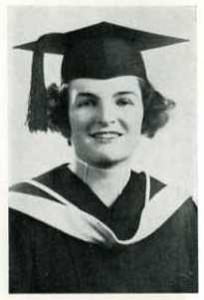 She would eventually become a flight instructor for the program.  In 1942 at age 24 she joined the Air Transport Auxiliary (ATA) in Great Britain.  Women made up about 12% of ATA’s pilots and were called “Atagirls.”  Ann’s duties involved flying planes (without radar or radios) from factories to airbase combat squadrons, and damaged planes back for repair.

“I always believed aerobatics was a good way to familiarize yourself with your aircraft.”

During the War, Ann flew over 900 missions on over 75 types of airplanes, including Spitfires, Hurricanes, B-17 Bombers, and Lancasters.  Her favorite?  “I like the Spitfire and the Mosquito, they were the fastest.”  After D-Day, Ann’s missions focused on delivering food and supplies to Europe, including enough champagne for soldier victory parties. 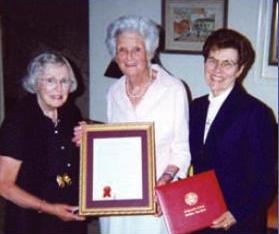 After the War, Ann was awarded the King’s Medal by King George VI for her service.  She continued in the aviation industry, and worked for the US air attache in London, Northeast Airlines, and later Pan American, where she became the company’s first female vice-president. She continued flying, even flying herself, son, and two friends to Martha’s Vineyard to celebrate her 87th birthday.

The D’Youville College Archives holds copies of Ann Wood-Kelly’s correspondence and telegrams from May 1942 to November 1945.  The vast majority are written to her mother and chronicle her flights, crew mates, daily routines, and the occasional leave she was permitted.  Read more about Ann in the Summer 2005 issue of our alumni publication D’Mensions.